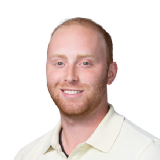 CloseEditor for NFL and NHL team, as well as a contributing hockey writer. Previously with ESPN The Magazine, ESPN Chalk and ESPN Fantasy. Joined ESPN in 2012 after graduating from Colgate University.

The 2019 Stanley Cup Final begins Monday night, with the Boston Bruins seeking their second championship in the past decade and the St. Louis Blues looking for their first title. Let’s examine the numbers to see just how the two teams stack up in every category.

Note: Statistics marked with an asterisk are from Natural Stat Trick; all others are from NHL.com. And the numbers are all from the 2019 playoffs, unless otherwise noted.

Look no further than those first two numbers to see how dominant the Bruins have been since mid-April. Only the Vegas Golden Knights — who were ousted in the first round over seven games — have more goals per game in these playoffs than Boston’s 3.35. And it’s no fluke. The Bruins were just outside the top 10 in scoring this season at 3.13 goals per game. St. Louis’ 3.0 goals per game also is respectable — tied for third in the playoffs and just a tad ahead of the Blues’ 2.98 regular-season rate.

A whopping 20 of the Blues’ goals have come from either Jaden Schwartz (12) or Vladimir Tarasenko (8), whereas the trio of Patrice Bergeron (8), David Pastrnak (7) and Brad Marchand (7) have tallied 22 for the Bruins. Per Elias Sports Bureau research, Schwartz is the third player in NHL postseason history to score more goals in the playoffs than the regular season, of players with at least 10 regular-season goals, joining Claude Lemieux (1996-97) and Marian Gaborik (2013-14).

In the defensive department, it has been all Tuukka Rask. The 32-year-old Bruins netminder has turned back the clock over the past month, playing on a different level than everyone else. Both the Bruins and Blues ranked in the top five in goals against per game during the regular season, with Boston third at 2.59 and St. Louis fifth at 2.68.

Tarasenko and Bergeron are the shot leaders for their clubs during the postseason, with 64 and 63, respectively. Bergeron also remains the gold standard at the faceoff dot, winning 59.3 percent of his draws.

When it comes to blocking shots, Charlie McAvoy and Alex Pietrangelo stand out. They have each blocked 2.1 shots per game during the playoffs.

A key for St. Louis in slowing Boston might be wearing the Bruins down with physical play. Blues winger Sammy Blais only has played eight games this postseason, but he has recorded 48 hits in that time. Oskar Sundqvist, Brayden Schenn and Ivan Barbashev all have at least 50. Chris Wagner leads the Bruins with 44 in the postseason. The right winger had 247 during the regular season, though, which was more than any St. Louis player and good for 11th in the NHL.

It would be wise for the Blues to avoid the penalty box at all costs. The Bruins are scoring on 34 percent of their power-play opportunities in the playoffs, including a ridiculous 41.7 percent away from TD Garden. A talented quintet of Marchand, Bergeron, Pastrnak, Jake DeBrusk and Torey Krug have five goals together with the man advantage during the playoffs — and 14 during the regular season — while generating 22 scoring chances in nearly 23 minutes, according to Natural Stat Trick. They’ve put more than 20 percent of their power-play shots in the back of the net while skating together.

The Blues have experimented with a few different No. 1 power-play combinations, flexing Pietrangelo and Vince Dunn in and out on the point, while also subbing David Perron and Schwartz for each other on the wing. Tarasenko leads the team with five power-play goals.

Boston also holds the advantage while short-handed. Part of that is certainly Rask’s .924 save percentage on the penalty kill, as compared to Jordan Binnington’s .833. But the unit as a whole has been terrific; the Bruins allow six fewer scoring chances per 60 minutes while down a man than the Blues do (47.2 versus 53.4). And neither McAvoy nor Joakim Nordstrom has been on the ice for a short-handed goal against, despite each seeing more than 25 such minutes.

Consider the fact that Rask’s expected goals-against average is 2.55, according to Natural Stat Trick. His actual number is 0.71 lower than that this postseason. His 13.6 goals-saved-against average is tops in the NHL during the playoffs by more than six, and only Dallas’ Ben Bishop challenges his .892 save percentage on high-danger opportunities. Rask is on another level right now, reminiscent of the incredible playoff run of Tim Thomas for Boston in 2011.

With the chance to close the door on a team, Rask carries an unbelievable .990 save percentage (95 saves on 96 shots) with three wins and two shutouts through three rounds.

Coming into the postseason, though, it was all about the other goalie. Binnington exploded onto scene seemingly out of nowhere when he became the full-time starter in January. He posted a .927 save percentage during the regular season, including .936 at even strength, and a 1.89 goals-against average — as a rookie. His numbers have come back to earth a bit in the postseason, but he is still a driving force for the Blues. He has allowed just two goals in his past three games, all wins.

For the Blues to win the Cup, they will have to win at least one game on the road. And with such a win, Binnington would tie Ron Hextall’s record of eight playoff road victories by a rookie.

The possession numbers are all pretty much even. The biggest Corsi monsters of the postseason for these two teams are Schwartz (57.2 percent) and Bergeron (56.9 percent).

During the regular season, Boston was more effective in the advanced possession number game, rolling out a 53.1 Corsi percentage. The Blues were at 51.5 percent.

Boston also has a slight advantage in scoring chance differential during the playoffs, posting a 50.9 scoring chance percentage, versus St. Louis’ 49.9. In all, 13 Bruins who have played at least 10 postseason games have generated more scoring chances than they allowed. St. Louis has 11 such players.

The biggest takeaway here is the Bruins will take the lead and not give it up. They’ve gone 11-0 when leading after two frames and 11-2 when scoring first.

During the regular season, St. Louis was better when holding a lead after two periods, but Boston showed an ability to come back from deficits.

In the postseason, the Blues have found a way to win tough one-goal games, going 8-3 in those. Yet Boston actually was better than St. Louis in those contests during the regular season.

Boston has had 19 different goal scorers during the playoffs, while St. Louis has had 18. Both teams have four players with at least five goals.

St. Louis’ Ryan O’Reilly had the best season of his 10-year career, scoring 28 goals and posting 77 points at nearly a point-per-game pace. Tarasenko hit the 30-goal mark for the fifth straight season, topping the Blues with 33. Pietrangelo was the high point-getter from the blue line, scoring 13 goals and tallying 41 points.

In Beantown, Marchand littered stat sheets. He hit the century mark in points, and only four NHL players bested his 100-point season. Even still, Pastrnak actually led the team in goals with 38. DeBrusk announced his arrival onto the scene in year two with 27 goals, and David Krejci’s 73-point season represented his best since 2008-09. Krug’s 53 points led Boston defensemen, with 30 coming on the power play.

The Bruins’ top line is considered by many to be the best in hockey. It scored 11 goals and didn’t allow a single one in the Eastern Conference finals. The trio of Pastrnak, Bergeron and Marchand combined for 106 goals and 260 points this season, and they’ve lit the lamp 22 times during the postseason — including 18 times while skating together. Perhaps St. Louis’ biggest key to taking down Boston will be figuring out how to slow that top line.

The Blues have toyed with their lines a bit more, but they settled in with a No. 1 unit of Schwartz, Schenn and Tarasenko since Game 6 of the second round. Unlike Boston’s top line, it isn’t made up of the team’s most productive players, with the Blues opting to spread out the offense a bit more. If Schwartz’s surprising hot streak cools in the Final, expect coach Craig Berube to reshuffle again.

St. Louis has more defensive depth than Boston, and it starts with the top pairing of Pietrangelo and Joel Edmundson. Pietrangelo has been the workhorse this year, skating north of 24 minutes per night — his 24:05 was 18th in the league — and netting 0.58 points per game.

For the Bruins, Zdeno Chara, now 42 years old, isn’t what he used to be, but he has been adequate enough next to McAvoy. He sat out the last game of the Eastern Conference finals, but Chara appears on track to play Monday. McAvoy missed time for the second straight season of his young career, but he is looking like a future elite NHL blueliner.

The Blues spread the wealth throughout their D corps. They have three blueliners with double-digit goals on the season; Boston has zero. The defensive group might just be the Blues’ biggest advantage heading into the Final.

Thanks to Vince Masi of ESPN Stats & Information for additional research on this story.

Lionel Messi opens up on Barcelona’s UCL exit vs Liverpool