ENGLEWOOD, Colo. — It is as well worn in the NFL as the path into the training room, but most involved in the business say a player’s biggest opportunity to show improvement is between his rookie and second seasons.

The Denver Broncos need that to be true this season for wide receivers Courtland Sutton and DaeSean Hamilton or face significant speed bumps in the team’s plan on offense.

“I’m excited about the guys that we have, it doesn’t matter how young they are,” said Broncos quarterback Joe Flacco. “I think that’s a good thing in a lot of ways. When they are as talented as I believe they are, it’s an even better thing.”

The Broncos selected Sutton in the second round and Hamilton in the fourth round a year ago. Each carried the requisite amount of expectations as last season got underway, but dove into the deep end of the pool when the Broncos traded Demaryius Thomas in October and Emmanuel Sanders suffered a season-ending torn Achilles in December.

“Last year, I really didn’t know what to expect coming into OTAs [organized team activities], coming into minicamp and training camp. All I knew was just go out there and play,” Sutton said. “But I didn’t really know how to really work on my technique.” 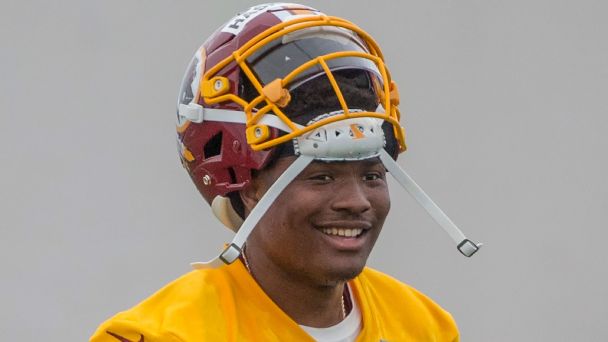 As Sutton’s playing time increased with Thomas’ departure and Sanders’ injury, he suddenly found himself across from No. 2 and then No. 1 cornerbacks more and more. His size (6-foot-3, 218 pounds) and athleticism were muted at times by those defensive backs, who knew how to keep him away from the ball given Sutton was still learning on the job.

As a result, Sutton turned only half of his targets (84) into receptions (42). And while the Broncos continue to envision Sutton as a matchup advantage in the red zone, he had just four touchdown receptions.

Hamilton played few snaps in the team’s first seven games and had just one reception before a knee injury slowed him for much of the remainder of the year. He finished with 30 receptions, 25 of those over the last four games of the season, with 2 touchdowns.

“The knee was still bothering me,” Hamilton said. “I was probably playing at like 70, 80 percent in those last couple games. It wasn’t too much longer after the [season finale] that the knee started to feel a lot better. Now I’m coming out here it feels great. The last four or five games, I probably felt it the most.”

Sanders believes he will be ready to return by the start of the regular season, but he has to be considered at least a bit of a question mark until he can prove it. The Broncos didn’t make a significant signing at the position in free agency and didn’t use a draft pick on a wide receiver until they picked Juwann Winfree in the sixth round.

That puts Sutton and Hamilton at the front of the line as the Broncos sort out a new offense.

“All of that WR1, 2, 3, if [Sanders] comes back and all of that other stuff — I think of it as I want the ball as many times as I can possibly get it,” Hamilton said. “I want to make as many plays as I possibly can. I come in and I have the same mentality as Courtland, ready to step up.”

It’s all a testament to the youth at the skill positions overall in the Broncos’ offense. Sutton, Hamilton, and running backs Phillip Lindsay and Royce Freeman are entering their second seasons, while rookie tight end Noah Fant was the team’s first-round pick in April.

“I just knew, coming off last season, that I just wanted to basically go after that and be 10 times better this season,” Hamilton said. “Whatever position that puts me in, if I perform during training camp, Coach is going to see that I have a lot more reliability and he can put more reliability on guys like myself and Courtland going forward.”

Bengals' Zac Taylor is young, but confident to do things his way - NFL Nation

2019 Stanley Cup Final by the numbers